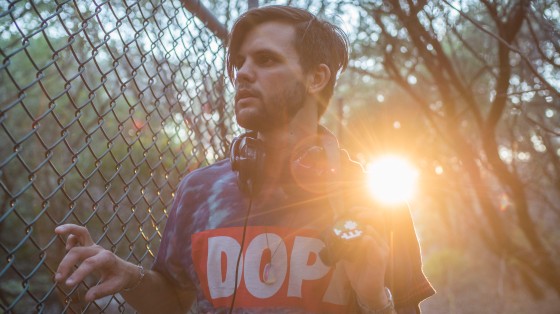 While by day Alex Eldridge runs a children’s guitar school in Manly, by night he produces electronic music that could melt faces with its heavy melodies and beats, under the moniker of Nice Girls Can’t Dance. We had a chat to Alex about his new track, “This Town” and what he’s got in the works at the moment.

E: What drew you to become an electronic music producer, despite teaching rock ‘n’ roll?

Alex: I have always loved collaborating creatively with other artists and I’ve been in bands for years and years but there’s something very satisfying about having an artistic creation that is completely your own. It’s like a little secret, like writing, where you can just totally not have to listen to anyone and let your creative impulses run amok!

The aesthetic of electronic music is also very important to me – it comes from growing up with video game music which is a bit of a touchstone for lots of producers today. The soundtrack to Final Fantasy VII was a huge influence on me! Probably going to Mosman High with guys like Flume and Jagwar Ma and Gang of Youths (Davo from that band actually sung for my HSC major work) was also an incredibly inspiring environment to grow up in, which made me consider music as a viable option.

E: How do you experiment with your sound?

Alex: I work very well with essentially a blank canvas. Like, actually a blank Logic project file. Then I kind of listen for something to grab onto and I’ll load up a synth or grab a guitar and kind of just follow that inspiration. It usually starts with either a melody or a beat and then I write from there. I’d compare it to sculpture: you’re chiselling a song out of the ether, it’s in there, you just have to gently chip away at it and hope you don’t knock off the nose or something. Samples are good too but I use them more for utility and less for inspiration.

I try to make sure that the lyrics are fitting in and literally telling a story too; not so much “I see you in the club, I wanna dance with you” kinda thing. I grew up listening to guys like Bob Dylan and Alex Turner from the Arctic Monkeys and those dudes actually say something when they sing. I think thats important. I want to create songs in an electronic medium that reference the past, specifically a lot of rock n’ roll stuff but kind of bring it up to date.

E: What do you like most about seeing electronic producers live?

Alex: I really love it when producers are actively programming tracks in real time or playing instruments. DJing is great and I’ve done that myself which can be lots of fun, but there is something special about actually making something live, giving the music a chance to come alive of its own. I personally like to play live with a Novation Launchpad, which is kind of like an MPC (a media player) that works with Ableton Live.

E: What are you working on at the moment, what can we expect from you?

Alex: I just put out a new track called “This Town” with lots of woozy synths and vocals that I’m particularly stoked on. But there’s no rest for the wicked, so now I’m actually putting together a collection of songs with my friend Travis Keller of Buddyhead.com with some LA vocalist friends of his. Other than that, I’m putting on a live show at “legal and legitimate social events in Sydney’s industrial inner west” around Sydney. Just don’t tell your mum!

We’re really digging the subtle builds in “This Town” and looking forward to seeing how Alex’s sound develops in the future! You can check out this new track from Nice Girls Can’t Dance here: 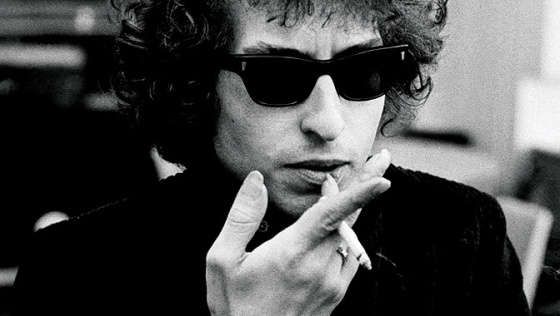 As a break from the fast-paced, often fleeting world of new music, it is incredibly humbling to watch a master at work – particularly someone with a career as influential and long-spanning as Bob Dylan. And luckily for Sydney, the decorative walls of The State Theatre hosted a stunning performance from him on Friday.

At 73 years old, having actively created music for over 50 years, Dylan has had to adjust his style to suit his increasingly gravelly voice, emphasising the rhythm and texture of the songs rather than melody and articulation. This took some adjusting to – the audience had to lean closer to understand his murmured, coarse lyrics, and the arrangements of some of his more well-known songs bordered on experimental.

However once everyone had adjusted to this different sound, it was much easier to appreciate the performance. The common texture his voice provided added depth to the soothing slide guitar sound and dancing electric guitar riffs, particularly evident in his performances of “Simple Twist of Fate” and “Tangled up in Blue”. His almost ‘speak-singing’ style brought to mind Mark Knopfler’s approach for the Dire Straits.

But it was only when Dylan pulled out his harmonica that the audience truly revelled and were transported to the honky tonks of Nashville. Looking around, people closed their eyes and leant on each other to soak it in the country feel. 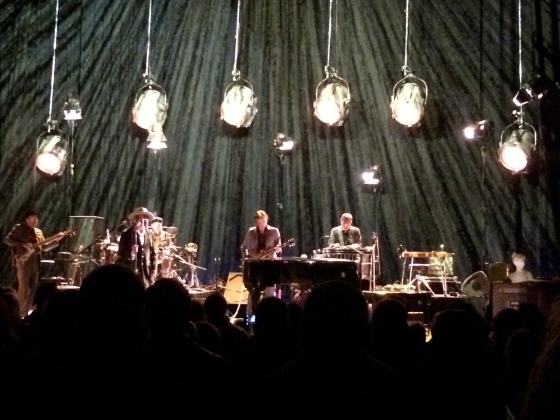 Bob Dylan at the State Theatre

Leading up to his encore, the crowd got out of their chairs and broke down the feeling of a barrier between Dylan and the rest of the theatre, forming a small mosh in front of the stage. He left us with a playful rendition of “Blowing in the Wind” that rounded off the performance of new and old songs well.

Bob Dylan proved that he’s still got it after so many years of making such iconic music and took a new approach to his old songs and stories, pleasing the mixed crowd of fans new and old alike.