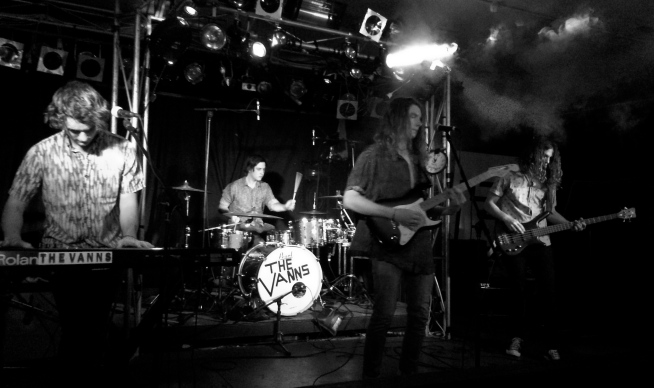 I’m very intrigued by the fact that the Australian music scene has been pushing away from the rock genre over the past couple of years and moving towards electronic and indie rock music, because Australia has always been so fantastic at producing a raw, iconic, likeable rock sound. With bands like Powderfinger, Silverchair, Jet, Wolfmother and of course, AC/DC, it’s been a large part of our music tradition. But with even ex Silverchair frontman Daniel Johns transitioning to electronic music with his new single “Aerial Love“, there’s a sense that this tradition may be disintegrating.

So that’s why I’ve decided to put together a list of five current Australian musicians that are keeping rock alive. And they’re damn good at it.

I’m going to be honest, but this band was not even on my radar until I saw them at Falls Festival this year. Not only do they have the rare ability to work a crowd, but they have taken the rock genre and modernised it to suit today’s listeners. Their lyrics are also super fun to sing along to, which just makes everything better.

He’s technically an artist, not a band, but Dan Sultan is such a salt of the Earth kinda guy, you can practically hear the sincerity from the growling and raw tones of his voice, so deserves a place in this list. He’s definitely got a bluesy influence too, and a very nostalgic sound. His album Blackbird from last year is definitely worth a good listen.

The Findlay sisters have been influenced by the greats, and vocalist Amy Findlay was even lucky enough to feature in the Whole Lotta Love Led Zeppelin tribute concert series last year. The vocals are a large part of what makes Stonefield’s sound unique, and they are proof that female vocalists can achieve that raw rock sound.

While certainly there are traces of psychedelic rock influence, these guys have a rock rhythm to them that there’s no messing around with. Their original stuff is great (check out Supersonic Casualties), but the real reason they’re on this list is because of their incredible triple j Like A Version performance of “Gooey” by Glass Animals. Check it on out:

These young guys are making waves with their ambling rock pace, which is given real strength by James Vann’s husky vocals. We featured them as Song of the Week for “Guilty Love” a while ago, and since then they have been playing shows around the east coast pretty much non-stop. We can’t wait to see what’s in store for them this year! Also fun fact: comedian Frenchy uses their music for his videos sometimes.

Do you guys have any favourite current Aussie rock bands? Let me know in the comments!