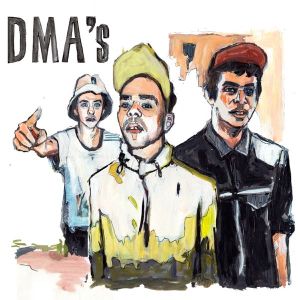 I was honestly a little confused when I first had a listen to this EP after seeing the artwork: it was not at all what I expected. With those flipped up caps and bucket hat, I was seriously preparing myself for an onslaught of Aussie hip hop. My ears were met instead by fun, almost Oasis-like pop!

The record is very pulled back, with bare guitar lines driving the rhythm and raw vocals, a refreshing sound for today’s brand of alternative rock. You can particularly notice this in tracks like “Your Low” and “Play It Out”.

Interestingly, the Newtown-based trio recorded the standout single of the EP, “Delete”, in guitarist Johnny Took’s bedroom before getting signed with I Oh You. And listening to it, you can almost picture how much fun it would have been to lay down the tracks and hang out; it’s a real throw back to one of the best decades of music.

This is an impressive first release from DMA’s and one that suggests we should keep a close watch on what’s to come! DMA’s are in the process of performing their first live run of shows, with tickets still available for the Brisbane show this Friday 30 May.