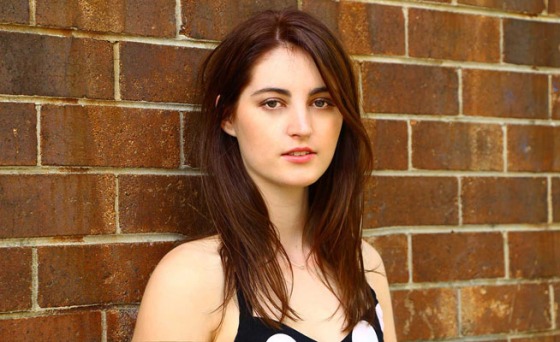 Foundry 616 was lit by candlelight on Monday night for Brontë Horder‘s The Eleventh Hour EP launch, lighting the jovial faces of family, friends and fans who had come to support Brontë in her determined mission – to pursue her passion for music, and share it with the world.

After putting plans to live in Paris on hold for a Sony recording deal, Brontë wrote the new EP about the tiresome process of being held on a string for over a year by a record company capable of making her dreams soar. As an act of defiance, she sent it to Sony and finally they agreed to record the title track in their studios, so success was certainly in the air!

To open the night, English artist Cuzn (AKA Richard Soward) brought his big, folky sound to the stage with Gibson guitar and floor tambourine. His melodies and demeanour were incredibly warm, while his lyrics described London life, love and his experience of moving to Sydney. Interestingly enough, Brontë and him had met while she was walking through the London Underground and he was busking, and as luck would have it, when she needed to find a support act, he had moved to Sydney.

Then Brontë graced the stage as her fans cheered uproariously. She was exceptionally confident and defiant about her situation with Sony – almost to the point of wondering if she had said too much at times.

Most striking about her sound was her soaring voice – mostly pop-y, sometimes jazz-y, always honest. Amongst all the indie rock and electronic music in the Australian music scene lately it was refreshing to hear raw vocals and piano, and her style somewhat brought to mind Sara Bareilles at times.

As much of the room was filled with her family and friends, she loosened up and started to open up about the meaning behind her songs. Particularly resonant were clever songs like “Numbered Days” and “I’m in Love With a Stranger” about love that might have been and love that would be one day.

When she talked about her new EP, The Eleventh Hour, she ran through the negative emotions that she experienced with Sony when it felt like they were stringing her along. But one of my favourite songs from the night was “Serendipity”, which talked about one positive thing to come out of this – meeting her boyfriend.

Brontë Horder is a musical force to be reckoned with – talented, determined, and unashamedly herself, making her an artist to watch and behold as she continues writing, and hopefully gets the recognition she deserves.

You can listen to the rest of her new EP here:

PS: Have you connected with us on Facebook yet? Find us here for all the Vinyl Garden updates! 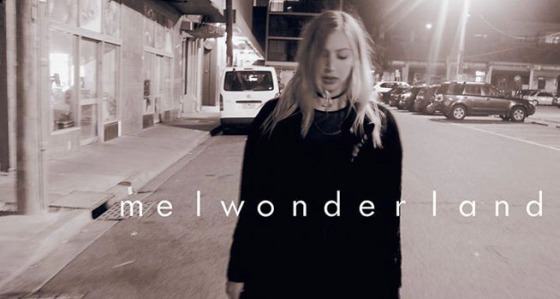 Her artist name may sound very similar to Alison Wonderland, but don’t be confused, because Melwonderland isn’t exactly dropping dirty beats and drops. Instead, she’s a sweet but edgy singer and songwriter from Melbourne, and she’s just released her first single, “Games“.

Melissa has been a four-chord songwriting warrior for over 13 years, and I like the simple beauty of this new release.

As the title suggests, expect both glitchy video game-like sound bites and lyrics about figuring love out when things aren’t so clear. Have a listen here:

This is a promising first single from Melwonderland and she’s been making waves in LA this year, so she will be an interesting artist to watch for more releases from.

Melbourne duo Yugen‘s path to music was somewhat unconventional – just two months after Edwin and Abbey joined creative forces, Edwin fell critically ill and Abbey lost everything she owned to thieves. But despite these adversities, the pair decided to give their music all they had, and throw themselves into their collaborative project, Yugen.

Last week, their efforts paid off as they dropped a very promising first single, “Calgary”. So Vinyl Garden chatted to Edwin and Abbey about their music and what it means to them.

E: What inspired you to write “Calgary”?

Yugen: Girl meets girl. Girl moves to Calgary. Girl gets sad about it and writes song to make her come back.

E: If you could tour with any band/artist in Australia, who would it be and why?

Yugen: The sense of community between a lot of artists and bands we’ve met lately has been really endearing. Everyone is keen to go along to one another’s shows, stand front and centre, and pay a big, encouraging grin.

E: What’s your favourite album for a rainy day?

“Calgary” will float around in your head like a dream – I love its simple, yearning lyrics. Worth a good listen:

Looking forward to hearing more from this intriguing duo in their upcoming EP, Comatose in Altona.

Gang of Youths have all the makings of a memorable band: they’ve got great personality, discipline and friendship, but most of all they play straight up music with heart.

Their new album The Positions is curious and unique in concept alone – detailing the emotional reactions and experiences lead singer and guitarist David Le’aupepe had over the course of a four year relationship with a woman who had terminal cancer. So truly, the free album launch party they held at Frankie’s Pizza on Sunday evening was an absolute privilege to attend.

Frankie’s Pizza is the Sydney hub of grunge: it’s a smokey hole in the wall with decent pizza, alcohol served in plastic mugs, band posters from decades ago, and a whole lot of punk rock cred – so it gave a true hard rock feel to the night. It meant that Gang of Youths could easily transition from an indie rock mellow sound to a heavier sound that appears in tracks like “Radioface”:

David’s vocals very much brought to mind The National – emotional and coarse, yet warm and inviting. He exuded calm confidence throughout the set despite the raw content of his songs, which was on show particularly during “Magnolia” – a defiant song about a failed drunk suicide attempt.

And as with any great album launch, Gang of Youths had organised a special guest – fellow Sydney artist Montaigne – to help them sing “Benevolence Riots“. And you know how we feel about Aussies supporting Aussies. It’s always a winner.

The band’s gratitude for how far they’ve come made the whole venue feel like it was filled with a fan family, with Dave running to hug everyone in the crowd that he could. It was a special gig, because it could be one of the last of that size they ever play.

To catch Gang of Youths live, grab your tickets to The Positions Tour this May/June before they run out! 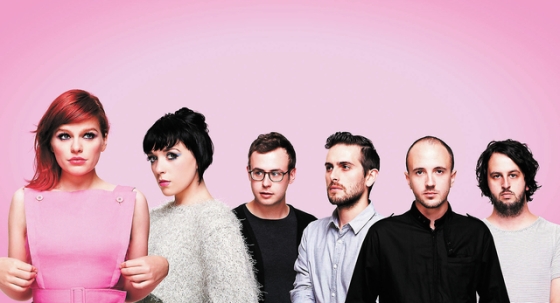 You may remember Melbourne indie pop group Alpine from a couple of years ago when they released hits like Gasoline and Hands – and guess what, they’ve got another hit for you!

They’re back with slinky, sensual harmonies and danceable pop, and their new track “Foolish” is catchy in its repetitiveness. The recurring lyric “You brought too much metaphor to the relationship, to what I see, to how I kiss, yuck” hints at what’s to come with their new album, Yuck, out June 12. It seems they want to draw out that feeling of ‘yuck’ in the album too – looking at lots of little life experiences that bring out that reaction.

I’m particularly loving the vocals in this one and how they play with the guitar riffs – it’s a lot of fun. Hope you enjoy for your Sunday listening!

Vinyl Garden
Create a free website or blog at WordPress.com.