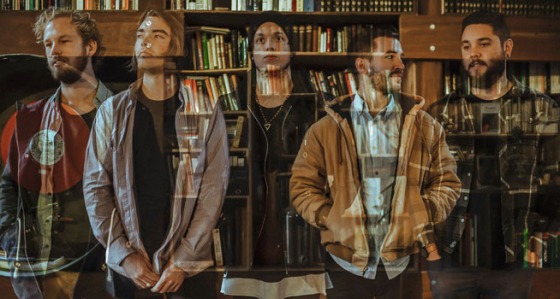 Melbourne alternative math-rock band The Valley Ends has caught our eyes and ears this week with their stunning music video release, “Aphelion”.

We’re taken into an old jazz club, but really, with the delicate acoustic guitars and warm strings, it feels like a spacious cabin in the woods. With so many musicians in the one space (the five band members and two guest strings players) there is incredible detail in their sound and it’s often hard to focus on any one instrument, as it all meshes together.

D’Agostino’s vocals are light and soar above the layered guitar rhythms and it’s a beautiful, complicated tune that The Valley Ends have put together this time around. It’s also awesome to see some (very pretty) Maton guitars involved in producing the sound (what can I say, I’m a sucker for Aussie guitars!).

You can check out more from The Valley Ends on their Soundcloud or listen to their EP, Falls, in full on Bandcamp.

This song is is chill enough to be relaxing, but catchy enough to make you want to hit the dance floor, so basically it is perfect for all occasions and mood swings. Additionally, Thelma Plum’s killer vocals are irresistible and blend perfectly with the interesting and sophisticated production.

If you like what you hear, Golden Features is releasing his new EP- XXIV June 19th and touring nationally in July, so be sure to add these dates to your calendar!

You may remember Melbourne indie pop group Alpine from a couple of years ago when they released hits like Gasoline and Hands – and guess what, they’ve got another hit for you!

They’re back with slinky, sensual harmonies and danceable pop, and their new track “Foolish” is catchy in its repetitiveness. The recurring lyric “You brought too much metaphor to the relationship, to what I see, to how I kiss, yuck” hints at what’s to come with their new album, Yuck, out June 12. It seems they want to draw out that feeling of ‘yuck’ in the album too – looking at lots of little life experiences that bring out that reaction.

I’m particularly loving the vocals in this one and how they play with the guitar riffs – it’s a lot of fun. Hope you enjoy for your Sunday listening! 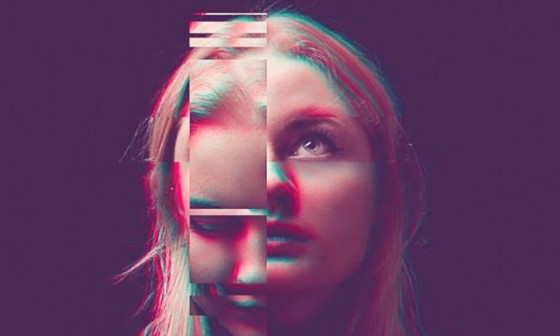 Falling Short by Låpsley has a really lovely fresh sound that I can’t get out of my head, and as a result it is officially my number one track this week! The vocals are cool and dozy and the mixing is an effortlessly beautiful production.

Have a listen and let us know what you think in the comments:

It’s been a while since we’ve posted anything, and we thought we’d come back with a bang. I’ve noticed my music library looking very male-dominated of late, so decided to put together a big old list of female artists we’re loving at the moment, new and old alike. NB: This list is by no means exhaustive and we welcome suggestions!

This Brooklyn babe combines guitar and synth to make pop that rocks. Her music is the kind you want in the background of your favourite indie bar while you search for your friends.

After supporting James Vincent McMorrow’s shows at the Sydney Opera House, Airling AKA Hannah Shepherd is making waves as a female electronica artist. Her tunes (and her look), are simply ghostly.

Based in New Zealand, Tiny Ruins started as a solo project by Hollie Fullbrook, but has since seen bassist Cass Basil and drummer Alexander Freer join the group. They explore simple and beautiful musical moments and make the listener feel at peace.

Another New Zealander, Kimbra has recently had a bit of a musical turnaround from her usual soulful pop to a more electric sound with her release “90s Music”. I didn’t particularly like it at first, but what can I say – it’s a catchy tune and it grows on you.

An oldie but a goodie, Clare Bowditch has been prominent on the Australian music scene over radio and through her music, and writes sweet quirky folk tunes. Check out her album The Moon Looked On for a listen to just this.

Leaving her mark both locally and overseas, this Sydney gal has brought a unique energy to the electronic genre. One to keep an eye on, expect big things from her in the future.

Hailing from the UK, Marling is another folk songstress creating meaningful and heartfelt music, and at the age of 24 she has already released 4 studio albums. Her debut album Alas I Cannot Swim (2008) earned her a lot of love in Australia and she has been unstoppable ever since!

Karen Marie Ørsted is a Danish dame making some powerful pop tunes that throw back to old school influences. Can’t put my finger on it but something about her really reminds me of Grease the musical and makes me want to throw on a prom dress and dance with my sweetheart.

She’s been called the David Bowie of our generation and performed a stunning set for Vivid LIVE this year at the Sydney Opera House that attendees won’t forget. St. Vincent is quirky and has attitude, which makes her a unique addition to this list.

I’ve been following Cults for a couple of years and I never get tired of them. Madeline Follin is one of my favourite female frontwomen as she has steered clear of cliché and made a distinctive sound with her voice alongside guitarist Brian Oblivion.

Who are your favourites? Drop us a comment below!