There’s a new party scene heading to the Inner West, and word on the street is the visuals are gonna be epic at their launch party.

OWT‘s all about a great time with upcoming DJs (which we’re all for), drink specials and epic apparel giveaways!

Plus, we’re stoked they’ve got LO’99, Acaddamy and Double Agent on the line up for their launch party this Saturday March 5– there will be dancing. Check out these deep house tunes:

So if you want to steer clear of the crowds for Mardi Gras and take advantage of the no lock-out law zone this Saturday night, then head to Newtown Social Club!

I’ve said it once and I’ll say it again, perhaps for some time: Newtown Social Club is my favourite live venue in Sydney. Some may find this controversial, but to me there is nothing controversial about the venue always delivering an intimate show with on-point mixing and a relaxed yet enthused crowd. Not to mention the opportunity to chat with the band members (and with it, the opportunity to fan-girl). On Monday night, each act provided a variety of sounds and styles, which made for a well-rounded evening.

Slum Sociable played a mixed set – they had an unusual sound that began very polished, which drew the crowd in quickly. The best thing about these Melbourne dudes was how relaxed and laid back they were on stage, and how naturally their music came across. While they only have one single out at the moment (“Anyway”), they had a lot of catchy tracks in their set which I personally can’t wait to hear recorded.

Grace brought the audience closer in towards the stage and enticed with her smokey melodies. While she seemed uncertain at first just singing, once she found her guitar in hand she became more comfortable, and rounded off a pleasant set.

When Mansionair came on, the most notable aspect of their performance was vocalist Jack Froggart’s well-supported silvery vocals. He cruised through their singles ‘Hold Me Down’ and ‘Second Night’ sensually, while drummer Alex Nicholls and guitarist Lachlan Bostock held the rhythm of each piece together. Effects on the mic made the sound effortless and brought to mind the beats of Glass Animals or the delicate sounds of producers like RUFUS.

The banter between band members and singing of ‘Happy Birthday’ to Alex (complete with cake) made the gig an intimate one, and made the band seem down to earth and approachable. Though the audience shouldn’t be fooled, Mansionair packs a punch live, and is an act to watch grow in the future.

For a taste of their sensuality, try listening to ‘Second Night’: 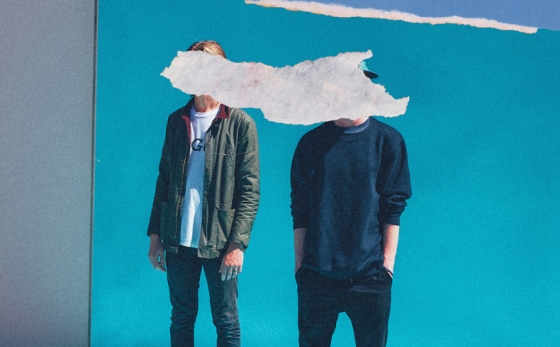 Slum Sociable are a duo from Mordialloc in Victoria with some serious sass. Their debut recording “Anyway” is at times electronic, bringing to mind the delicate sound of producers like Cashmere Cat, while at other times it oozes cool jazz undertones with a constantly moving hop beat. Give it a listen:

I personally love the tinny vocal sound in this track – it gives a neat sense of nostalgia while the production values modernise the feel.

It’s only fitting Slum Sociable should be joining the very smooth group Mansionair (who rocked Laneway) for two gigs at Newtown Social Club on March 8 and 9. Be there or be square-shaped, Sydney-siders. 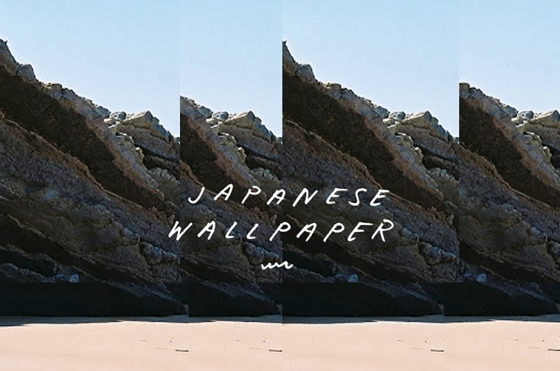 Recently it seems like there’s been a bunch of ridiculously talented under 18s bursting onto the music scene and ready to achieve world domination real soon (to name an extreme example from a couple of years back, Lorde, but also more recently DJ acts like Just a Gent). Like Just a Gent, 17 year old Gab Strum is not legally allowed into a club, yet has played some of Australia’s most sought after events and venues, including Falls Festival and Newtown Social Club.

Anyway enough jabbering – give his track “Between Friends” featuring Jesse Davidson a gander. It’s our Song of the Week:

Pretty incredible right? While Jesse’s vocals do provide a solid foundation for this song, Japanese Wallpaper’s intricate details colour it really beautifully. It’s tender, pained but longing at the same time. Basically just all the feels.

If your ears simply can’t get enough of this song, which mine couldn’t (and I had it on repeat for a good while there), check out this Anatole remix. It’s the best remix I’ve stumbled across so far – pulls back the track a little and integrates a jazzy feel at times, bouncing those silky vocals on the offbeat:

Japanese Wallpaper is heading to Sydney for a show at the Metro Theatre on January 27. Looking forward to many more chilled vibes from him this year.

Thumpers might seem like a strange name for a band, but it won’t after experiencing the syncopated, pounding rhythms they bring to their live shows. And this well-managed sound was certainly a pleasant surprise for the casual audience that made it down to Newtown Social Club on Thursday.

As the crowd gently trickled in, Billy Fox filled the room with swirling electronic notes that brought to mind San Francisco producer Tycho, combined with snappier vocals to lift the mood. His offbeat sense of humour matched a quirky sense of style, and managed to lighten up the quiet audience.

Tales in Space started to draw a larger audience with an intriguingly in-sync rhythm guitar section and bass line that made them seem almost like a parody band. But these guys meant business, pulling out all the stops with nicely placed indie rock harmonies and even a cosmic cover of George Michael’s sultry “Careless Whisper” (a riff like that sax line never goes astray, I can tell you).

UK act Thumpers followed and showed the audience just how much fun they could have, with great chemistry on stage between friends. In fact, there was so much going on that it made me stop and realise just how much it’s easy to miss in a recording. From getting the audience in on the action by clapping, to a complex patchwork of syncopated vocal rhythms, there was a lot being put into their sound and none of it was lost on stage. “Tame” was a standout track in this respect, creating an interesting weave of beats.

“We’re used to having an eleven-piece ensemble on stage, but we couldn’t afford to fly them all out,” apologised lead vocalist Marcus Pepperell. But Newtown Social Club proved once again to be a space that facilitates effective mixing of the sound, allowing each member of the band to shine, and bringing out the particularly lovely backup vocals just enough. The final track “Unkinder (A Tougher Love)” got people moving and encouraged some (ahem, braver) members of the audience to dance like no one was watching.

Thumpers gave a spirited performance to a relaxed audience and revealed their rhythmic prowess. Check out their debut album Galore, out now.