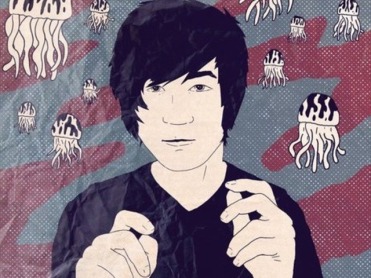 If someone had told me that I was in for a night of complex violin looping, discussions of creation theory, layers of vocal harmonies sped up to high-pitched wailing, and beat boxing before I’d listened to, or even heard of, Japanese-American artist Kishi Bashi, I probably would have told them that that was going to be a bit too strange for my tastes. And it was strange, don’t get me wrong. In the most wondrous, enlightening kind of way.

Though the space in the Newtown Social Club band room doesn’t lend itself too well to support acts, Sydney act Swimwear did a great job of bringing energy to the stage. He stepped through the sleepy crowd lounging on the floor and brought some of the best dance moves this century has probably seen so far to “Nowhere to Run”.

As soon as Kishi Bashi came on though, the crowd jumped up to its stations, and it started to get pretty evident that the show was sold out – so evident that Kishi Bashi himself invited a bunch of people to hang on stage to make more room. With a couple of jumpy starts (as this was his first solo show in a while), the show started to feel like we’d been invited to his studio for a personal violin looping workshop. But then he really got going. 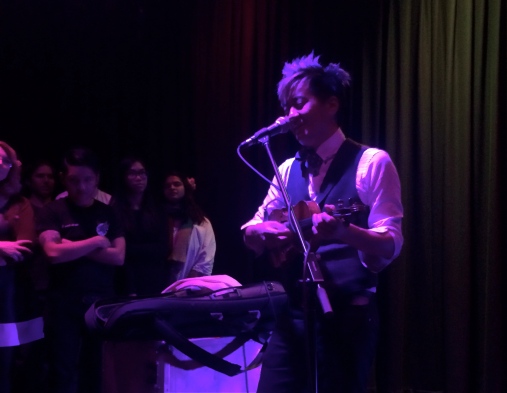 Impressing with “Philosophize In It! Chemicalize With It!”, then enchanting with “Wonder Woman, Wonder Me”, Ishibashi glided through his set, and revealed some gems amongst crowd favourites, thanks to the intimate nature of the performance. He meshed sounds in ways you’ve never heard a violin played before, and was a true perfectionist (as one must need to be when working with over six violin and vocal layers).

But the main highlight was the stories he told through his songs and in between – from the love and friendship of “Q+A” to his own theory of creation in “Bittersweet Genesis for Him and Her”. This is where he formed the connection with his fans, and the show went further than his already fascinating recordings.

Kishi Bashi has gone from strength to strength with this strange yet wonderful solo project. His second album Lighght is out now, and is a truly mystical listen.