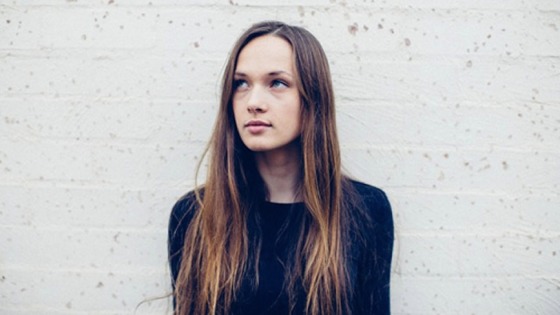 Gretta Ray was this year’s winner of the Triple J Unearthed High comp, and it’s been a well-deserved prize.

Her winning track ‘Drive’ is delightfully sweet, and as the name might suggest, perfect for a road trip. It has lovely little melodies that go the way you want them to at first, but then twist and turn at the last second. I recently found myself listening to it on a road trip from Seattle to Vancouver and will admit, it was the perfect soundtrack for falling in love!

But just when you thought your ears couldn’t be more at ease, she’s gone and released another killer track called ‘Unwind’. It’s another beaut’ acoustic rock song – she’s got a really relaxed way of dancing about melodies that will fill you with joy, listen for yourself: 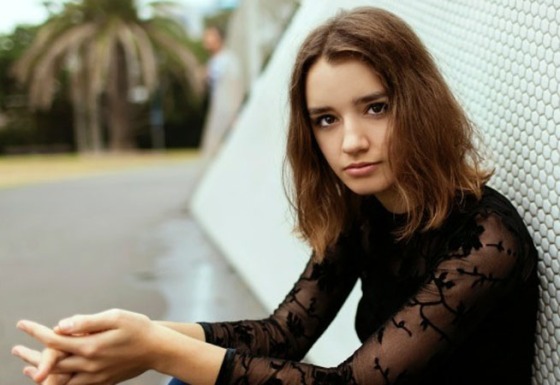 It absolutely baffles me that although Australia has so many channels to support upcoming musicians (eg. festival opportunities, music-dedicated radio stations, music bloggers (hello!) and music magazines/street presses), the music industry is still overwhelmingly male-dominated.

I have been particularly curious as to why the electronic music space hasn’t seen more female producers being given the support and recognition they deserve, so I felt the need to create this little list to bring some very talented ladies that I have come across to the forefront. I was even startled in my research for this just how many amazing female producers I found suggested from overseas (particularly from the UK), yet somehow much fewer here. So please, enjoy, and most of all – spread the word!

Ok, so I may have even cheated from the very start of this list – I don’t know if I’d called Eves The Behavior an exclusively electronic producer as her genre certainly touches pop, but her heavy synth sound does generate a very electronic feel. She has synesthesia, seeing colours when she experiences music, which might explain why her tracks are so emotionally charged. She has described her latest track “TV” as being a “dark, murky green”. Have a listen:

I stumbled across Melbourne singer-songwriter MYAMI on triple j unearthed the other day and was incredibly impressed by the amount of thought that has gone into her track “Soldier”, a collab with producer Wayfarer. It’s subtle, restrained, yet powerful. It’s the only song of hers I can find right now, but if it’s anything to go off, I can say she is certainly destined for big things.

You may have heard JOY joining forces with Peking Duk for a Like A Version cover of “Take Me Over” – and if so, you’d know she’s gentle yet controlled in her style. Her original songs are even more beautiful, and with collabs like that under her belt, it’s safe to say we will be hearing a lot more from her in the coming years.

Of all the lovely ladies on this list, Alison Wonderland is probably the most widely known, with a harder style, and she’s the artist that everyone seems to have an opinion about. But whatever your thoughts are about her, there is no doubt she is making waves and playing with the big fish in the industry – so all the power in the world to you AW. She’s just released her first album, Run, so there are plenty of tracks for you to check out.

Last year she was all over the Australian music scene, constantly touring and releasing singles, even doing a trip to the US, but this year it seems she’s been awfully quiet. That being said, she did release this song a couple of weeks ago, so maybe it’s all a sign that she’s got some new big things in the works:

After seeing Airling support James Vincent McMorrow, I’m convinced that she’s gonna be a big thing, and when she releases tender collabs with Japanese Wallpaper like “Forces”, you can’t help but love her:

Also, if you haven’t checked out Tkay Maidza yet, you’d better go do that.

But this list is by no means exhaustive! Please write back and tell me which female producers you’ve been loving at the moment. Or if you’re an artist wanting to get featured, please do drop us an email at editors.vinylgarden@gmail.com! Happy listening all! 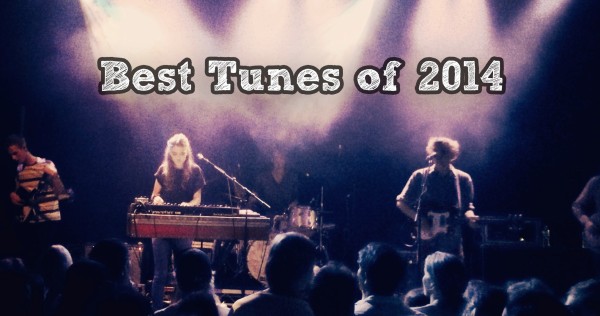 2014 has been an absolutely incredible year for music – and even more so, for Australian music. For us, it’s been an enormous year of gig going, opening our minds to what support acts are offering and experiencing all that the Australian music scene has to offer firsthand through our stints at The BRAG and FBi Radio. We thought we would celebrate by posting our top song picks for the year in the form of our top 10 votes for the Triple J’s Hottest 100 countdown.

Erin: This year has seen a particularly interesting development in Australian electronic music and this is why there is a fairly high representation of electronic artists in my votes. ‘Gooey’ has got to be my standout track of the year, but then again, to me these are all outstanding tracks. Other artists that I think should have deserved a mention here include: Basenji with ‘Heirloom’, ODESZA for ‘Memories That You Call’ and Ball Park Music….for all of Puddinghead. I absolutely can’t wait for what next year will bring. Hope it’s almost as many gigs as this year!

Sophie: 2014 has been such an outstanding year for music and I really can’t wait to see what 2015 holds. Like Erin, I found Asgeir’s and Chet Faker’s albums to be standouts. Flight Facilities also definitely deserve a mention and it’s great that Vance Joy proved that he was more than a one-hit wonder with ‘Georgia’. Can’t wait for even more music to come!

So that’s our wrap for the Hottest 100. But before we go:

What we want to win the Hottest 100: ‘Gooey’ by Glass Animals

What we think will win: ‘High’ by Peking Duk

And with that, Sophie is off camping in New Zealand and Erin is off to Falls Festival in Byron Bay! Thanks for reading this year guys and see you in the new year for more Vinyl Garden!